5 facts about pillows to make your hair stand on end.

5 facts about pillows to make your hair stand on end.

Like fact 1, for example. They can make you fall in love with them. True.

We aren’t just talking love like you love your favourite pair of shoes or Krispy Kreme donuts or your sister. We certainly aren’t talking like you love your TLC natural latex CLASSIC so much that you can’t sleep properly on anything else and want to take it with you when you go on hols.

No no – this is a pillow that makes you fall head over heels in love to the extent that you can’t live without it. You want to take it everywhere you go. Eventually you want to marry it! True story. It is exactly what happened to a 28 year old Korean man named Lee Jin-Gyu.

Lee was a different kind of cat alright. Back in 2004 he was a big fan of this TV cartoon show called Mahou Shoujo Nanoha and because his favourite character was Fate Testarossa, his mum gave him a pillow for his birthday with Fate's picture on it.

Lee fell in love with it alright – he loved the pillow to bits. Took it out on dates to the cinema, to the beach, restaurants, karaoke bars, even discos – and eventually he got married to it. As far as we know they are still living happily ever after. 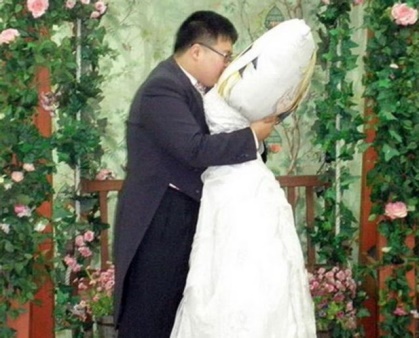 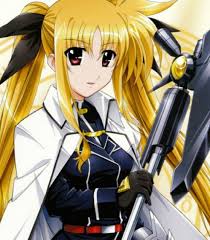 Fact 2. By only its second birthday the average pillow can make you sick. WARNING – if you are at all squeamish, jump to fact 3.

‘If you had to come up with a medium to cultivate bacteria, beside a Petri dish with agar (a gelatinous food), a pillow is pretty much as good as you can get'(1).  Almost unbelievably, after only 2 years use, over 30% of the weight of your pillow could be made up of bacteria, bedbugs, dust mites (and their faeces), fungi, mould and dead skin.

In Oct 2010 Tontine, the largest pillow manufacturer and supplier in Australia, launched a comprehensive marketing campaign including TV and radio commercials (FRESH) based on the premise that after 2 years their pillows would become so unhygienic as to require replacing and began stamping them with a ‘use by date’, accordingly. Obviously their aim (very successful) was to sell loads more pillows, but in so doing they commissioned all sorts of expert research, providing the public with all the nasty facts about what goes on inside the average pillow.

Staying with the Tontine example, this is a company that makes and sells over 4 million pillows a year, of which about 95% are the type of fibre fill pillow that most people sleep on. The one and only objective of their date stamped ‘Fresh’ campaign pillow was to ‘remind Australians that the life span of a synthetic pillow is approximately two years’. After which it is too unhygienic and customers should zoom out and buy another one.

What is interesting here are the things the public were NOT told, as part of that campaign:

Their lovely Dunlopillo talalay latex pillows are NOT date stamped. Quite the reverse, they are guaranteed for 10 YEARS! They didn’t point out to the public that natural latex pillows are naturally antimicrobial, hypoallergenic, house dust mite resistant, bed bugs don’t eat rubber and talalay latex pillows last for at least 10 years – so don’t waste your money buying fibre stuffed breeding grounds for bacteria and other allergy triggers every 2 years!

Fact 4. Pillows can cause the most appalling machismo madness. ‘Pillows are unmanly. A real man wouldn’t be caught dead sleeping on a pillow, never mind owning one. I need to be propped up while I’m kipping to stop some doppelganger of the devil getting into my mouth and stealing my soul – but give me a bag of chaff or a sack of potatoes to stick my head on any day. Or my boots stuffed with rags. Pillows are for girls - especially if they’re pregnant'.

'A beds okay, you have to be off the ground to stop creepy crawlies going up your nose or into your ears. I like those new beds with knotted ropes you sleep on top off that you can tighten up to stop you and your missus from rolling into the middle. Sleep tight.’

So much for Merrie England, back in Tudor times. That is exactly what your average Joe thought, whether low born or Lord of the Manor. The rich loved whopping great beds, often staying in them all day with visitors coming and going and maybe even hopping in, just to warm themselves up. For most people the bed was their most expensive and prized possession, often getting passed down in wills. Inns also had huge beds, which complete strangers would happily share.

No girly pillows though. A bloke would rather learn to dance the Cinque Pas than sleep on a pillow.

And lastly, fact 5. Pillows can be the cause of unbridled barbaric torture.

Imagine if there were people roaming around the country that you could hire to torture your victims by holding them down and pulling all their hair out so you could sell it to wigmakers. No waxing, or shaving or cutting. Just strong, nimble fingers brutally PULLING it out and not worrying about the lumps of skin coming with it. Then sewing up the wounds with a needle and no anaesthetic, and after the hair has grown back you hire them to do it again. And then again.

In Australia, goose down pillows sell for up to $260 depending on how much down is in the pillow, as opposed to feathers. Down is the lovely soft fluffy part of geese at the chest that keeps the birds warm in winter. Sadly, just like human hair, once plucked, it regrows. So farmers raise geese specifically for their down and itinerant pluckers torture the live geese by plucking. Again and again and again.

It is barbaric and the practise is widespread in Hungary and China. Duck down works just as well, but does not regrow – so ducks are never live plucked. At TLC we hate goose down pillows. We love duck down pillows. Learn more at 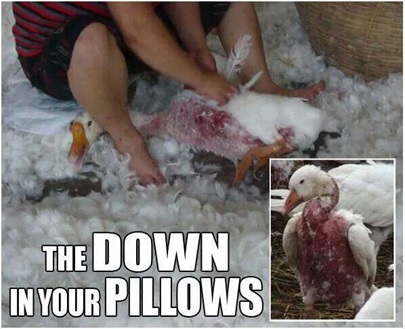