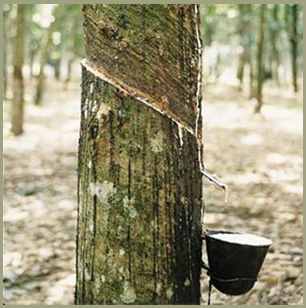 The two manufacturing processes used by latex factories are the standard process and the Talalay process. The standard process is very simple and there are 1000’s of factories around the world producing variations on this type of latex. The Talalay process is far more complicated and the plant required is extremely expensive. As at January 2012 there are 5 factories with Talalay capability - the biggest (Latex International) is located in the USA and LI is in the process of developing a plant in Malaysia.

The second largest is in Holland (Radium Foam). This factory specialises in Talalay blocks for mattresses. They do not have moulds for pillows and so cut to shape. The remaining 3 have been much more recently commissioned in China, 2 of which are very much still in the developmental stage. 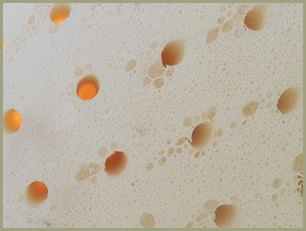 Very special moulds have to be built to each pillow shape. They are made from aluminium with a unique design of pinhole rods and an engineered valve for extracting the air. These moulds cost 10 times more than those used for the standard process.

The all natural latex is mixed with air and whipped to create foam. The mould is then filled with a precise amount of latex foam – usually about a third full, depending on the weight and density (firmness) required.

The air is then extracted from the mould creating a vacuum which distributes the foam and air bubbles evenly through the pillow shape. The mould and its contents are then shock frozen to -30oC. The freezing creates cracks between air bubbles, linking them together to form an open cell structure.

The mould is then warmed and carbon dioxide and oxygen added to widen the links between each air cell. As the mould gets hotter the latex gels, further setting the open cell structure. Heating is increased to 115oC, expanding the links and air cells further and vulcanising the pillow. The pillow and its properties are now set.

Each pillow is then thoroughly washed through a number of cycles to remove odour. Pillows are gently and thoroughly dried in airing ovens for 6 - 8 hours.
Pillows are then aired in a dark ventilated room for at least 72 hours.

Developed by Leon Talalay, the end result is a far superior pillow with a uniform, open cell structure that allows the pillow to breathe and is long lasting. Talalay latex pillows are 3 times more breathable and 4 times more durable than Dunlop process latex pillows.

At TLC we are proud of the fact that we supply only the very best pillows money can buy.